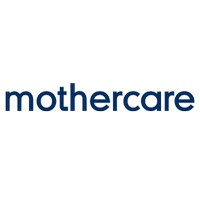 Mothercare is the premium international brand for the mother-to-be, her baby and young children, the main specialist that is focused on children and their parents.

Mothercare has almost 60 years experience in all products for mothers-to-be, babies and children up to the age of ten. Mothercare currently operates 200 stores in the UK and 221 franchise stores in 44 countries worldwide. Mothercare has a premium image throughout the world, earned through the highest quality of its products and professional customer service. All products sold in Mothercare stores meet the toughest European, British and Ukrainian safety standards.

Entrepreneur Selim Zilkha and Sir James Goldsmith opened the first Mothercare store in1961 inSurrey, Great Britain. Initially the business focused on pushchairs, nursery furniture and maternity clothing, but it subsequently expanded its range to include clothing for children up to the age of five and later up to the age of eight. It now offers a wide range of maternity and children’s clothing, furniture and home furnishings, bedding, feeding, bathing, travel equipment and toys through its retail operations in the United Kingdom, and also operates internationally through franchises in Europe, the Middle East, Africa and the Far East under the ‘Mothercare’ brand name.

Mothercare: Save 10% Off Home & Travel At Mothercare

All required fields are marked with *. If you are not registered, you can register here

Please provide your email address with whih you have registered on the site.